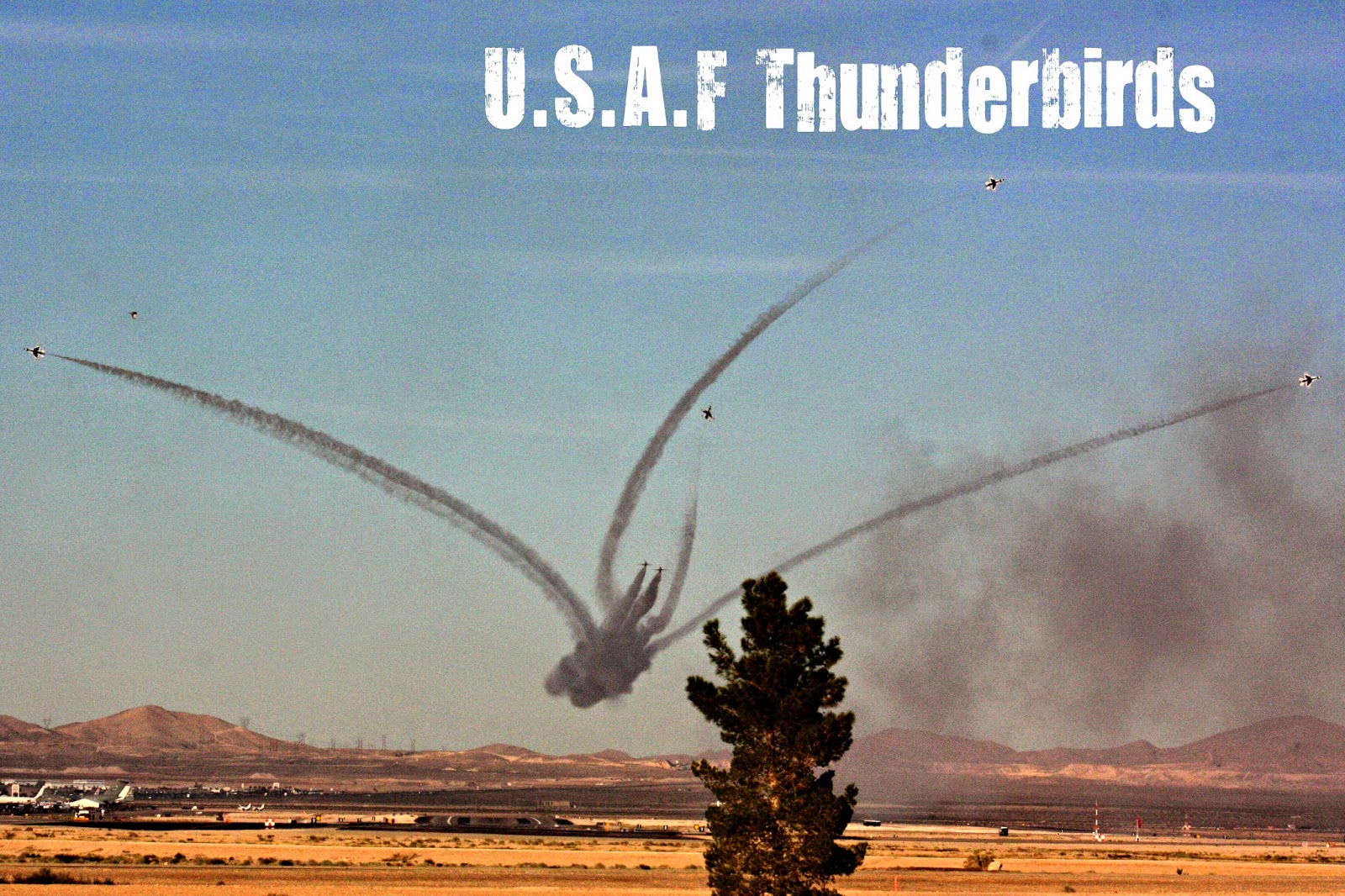 The USAF Thunderbirds is the air demonstration squadron of the United States Air Force (USAF), based at Nellis Air Force Base, Nevada.

The squadron performs aerobatic formation and solo flying with in various airshows and events using F-16 Fighting Falcons. The name of "Thunderbirds" was from a legendary creature in the mythology of several indigenous North American cultures, as one of their maneuvers on November 11, 2012 shown on the postcard. You can purchase the matching customized stamps from Zazzle.