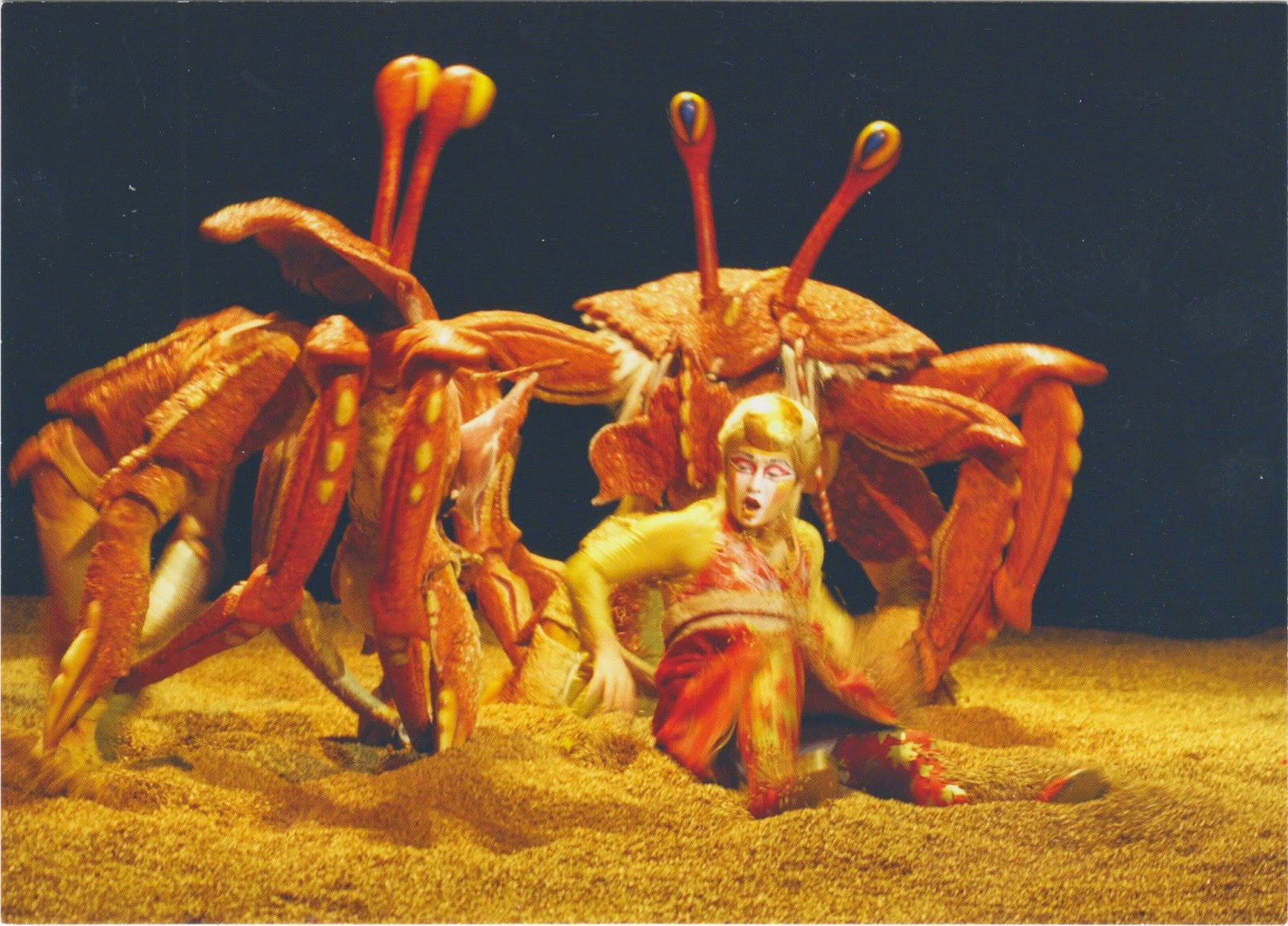 Cirque du Soleil removed a final battle scene from “KA” after a performer fell to her death when her safety wire snapped during a rapid ascent in June, 2013.

Eighteen months later, the scene is returning to “KA” theater at MGM Grand on December 3, 2014 after changes have been made to the choreography and equipment used in the scene.

Outgoing postcard US-3106782 to Finland shows a scene from "KA" where the Twin Sister encounters giant sea creatures, including a silly turtle, a mischievous starfish, and playful crabs, after surviving the shipwreck.
Posted by twimbk at 9:56 PM