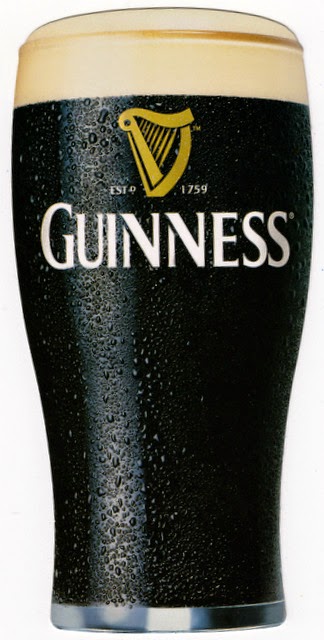 Between Black Friday and Cyber Monday, it is Small Business Saturday on November 29, 2014. Launched in 2010 by American Express, it is the 5th year for a growing number of people to think and shop at local small business and independent retailers. President Obama and his daughters went to an independent book store Politics and Prose in Washington D.C. to buy books today as a way to show his support.

Postcard US-2941533 to Russia was shaped Guinness Beer Glass card purchased at the Guinness Store at the Shoppes at Mandalay Place in Mandalay Bay Hotel and Casino, next door to the Rí Rá Irish Pub, a participating small business where Guinness beers are served and traditional Irish music bands are playing.
Posted by twimbk at 11:53 PM