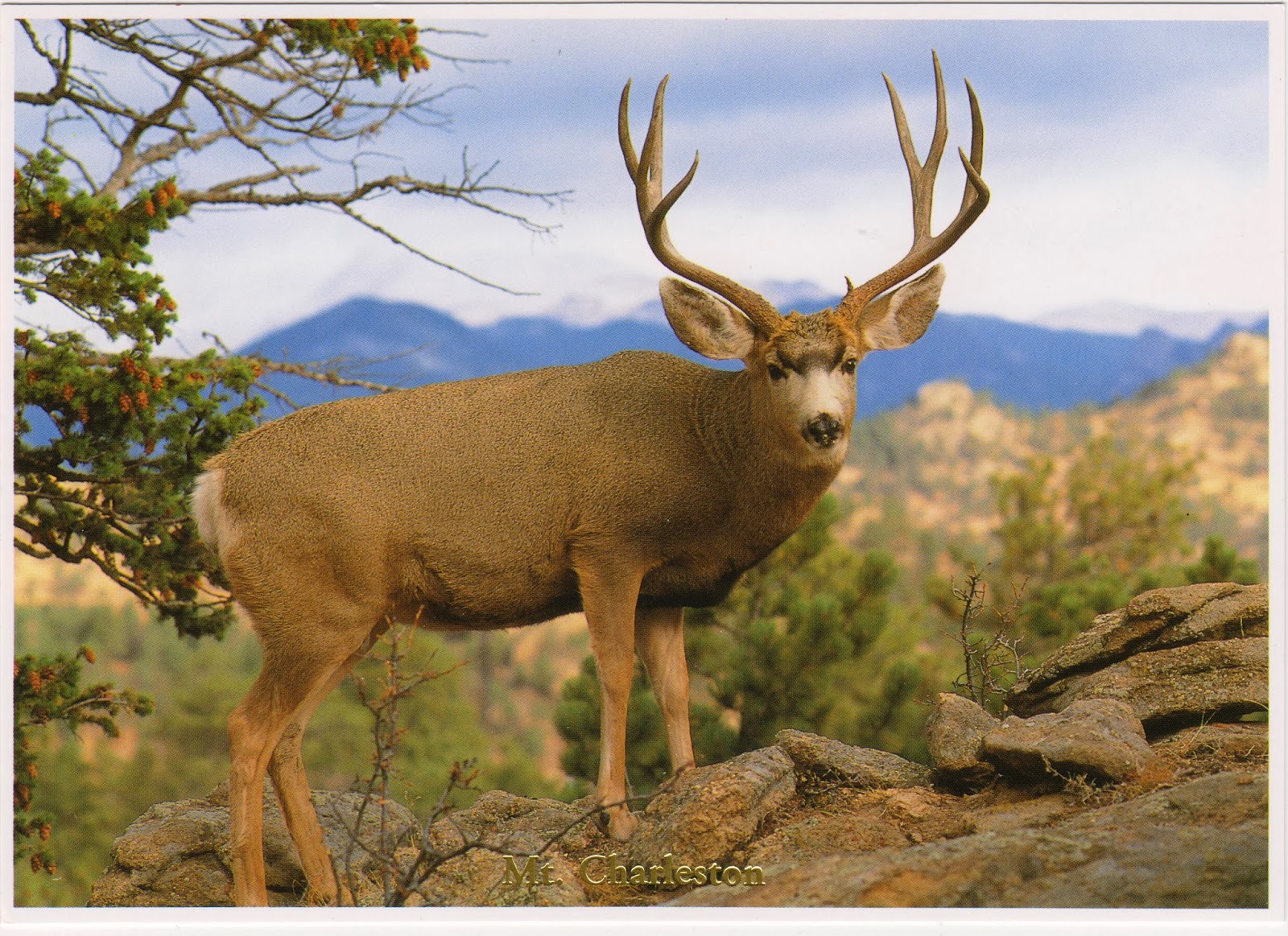 Outgoing postcard US-2651000 to Germany shows a Mule Deer (Odocoileus hemionus), known for its stocky body, sturdy legs, and an antler spreading of up to 1.2 meters or 4 feet. According to the descriptions on the back of the card, its large ears can move independently and almost constantly,  thus account for the common name with those "mule-like" ears. These ears move constantly and independently. Surprisingly, despite their big ears, mule deer are thought to rely primarily on their sense of smell in detecting danger. In addition, their hearing is also extremely acute. As a solitary animal, it seldom forms large herds, but occasionally some of them band together before and after rutting season.

The postcard was purchased at the Mount Charleston Visitor Center along with other wildlife cards featuring Baby Coyote and  Least Chipmunks. Photo by Jim Osterberg.
Posted by twimbk at 11:41 PM