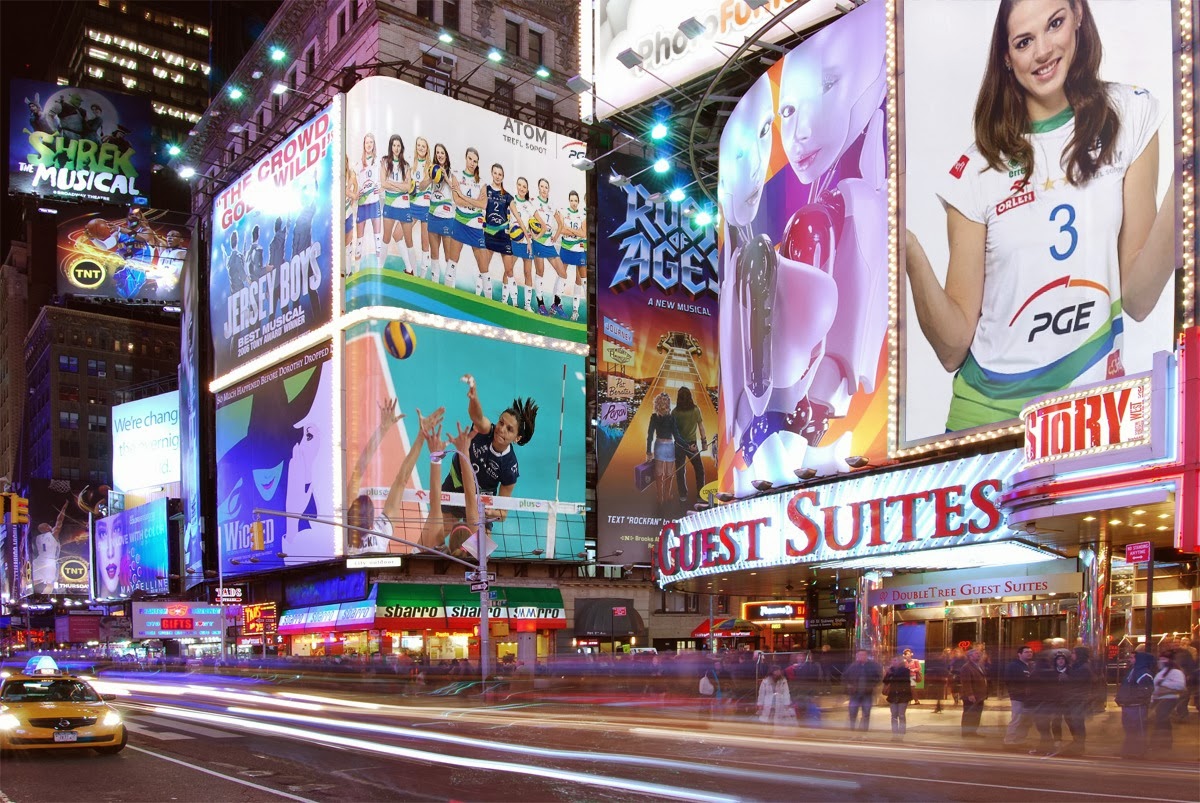 ATOM Trefl Sopot is a professional volleyball team from Poland that won double-champion. The team is currently playing in Confédération Européenne de Volleyball (CEV) European Champions League in 2014 for the third consecutive time.

Postcard US-2615864 sent via TouchNote to Poland shows billboards featuring the team in New York City, a composite image made by PhotoFunia with team photos from their Facebook page. Good luck ATOM Trefl Sopot! Maybe we will see you on billboards in New York City for real in the future.
Posted by twimbk at 10:24 PM