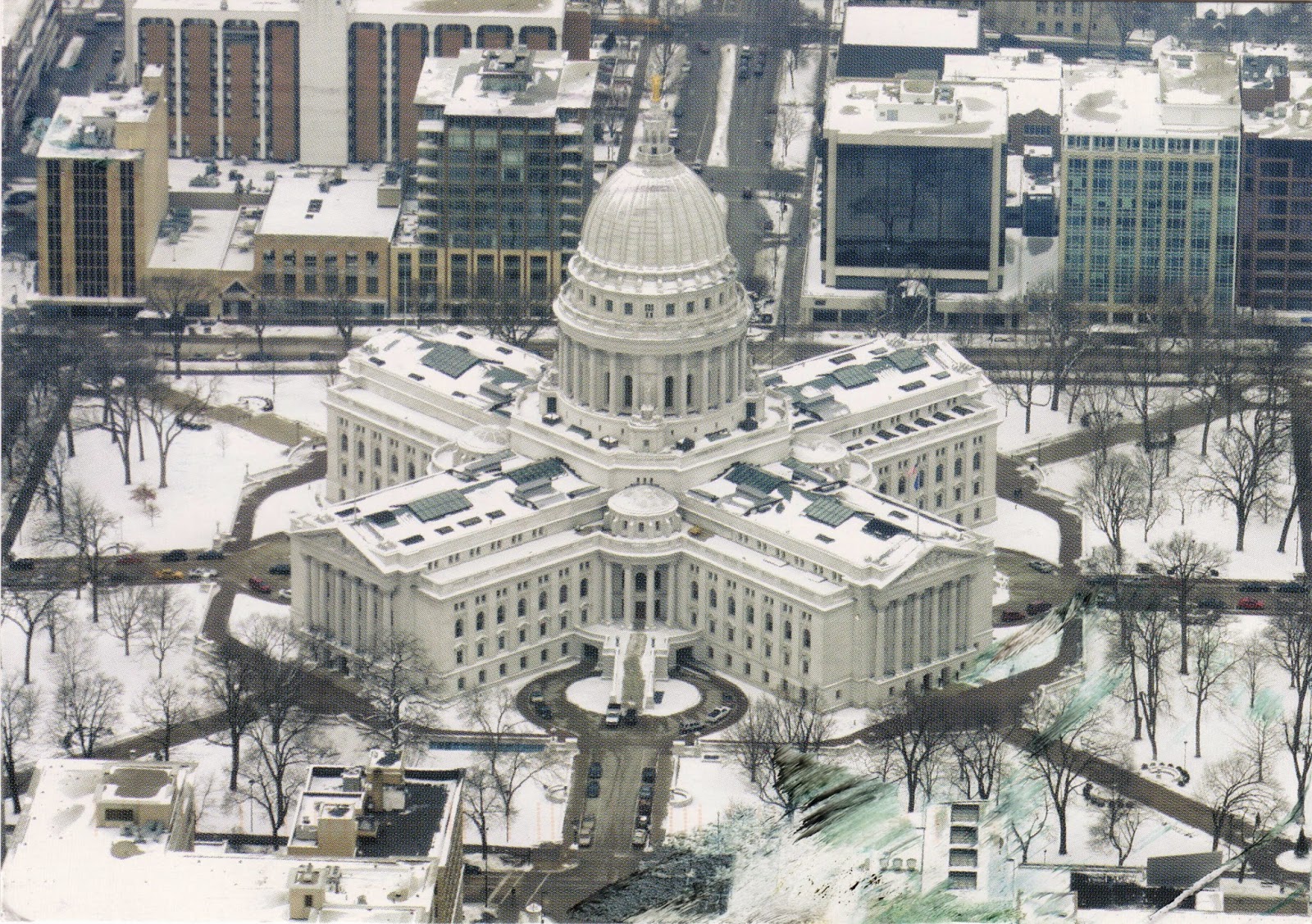 U.S. District Judge Barbara Crabb declared the gay marriage ban in Wisconsin unconstitutional Friday, June 6, 2014. Same-sex couples began getting married in Madison and Milwaukee shortly after the ruling, in spite of confusion over the effect of the ruling. Republican Attorney General J.B. Van Hollen's vowed to appeal the ruling and to seek an emergency order in federal court to stop the wedding.

Wisconsin is the latest of the 15 consecutive lower court cases won for the same-sex marriages since a landmark Supreme Court ruling in June, 2013, although many of those rulings are still being appealed.

Postcard US-2576413 shows the Wisconsin State Capitol Building in Madison.
Posted by twimbk at 11:53 PM