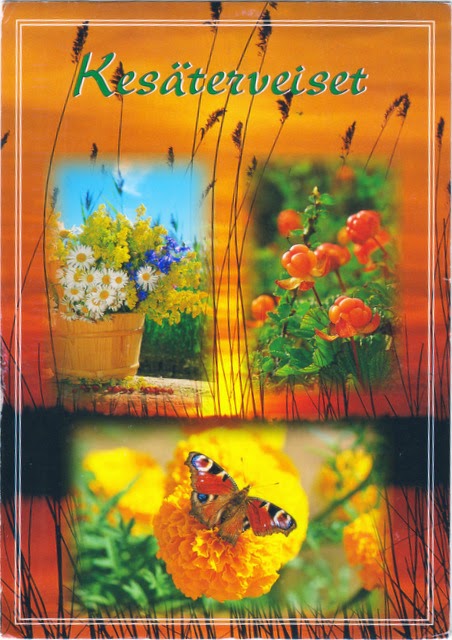 The photo on the top right of the postcard shows cloudberry (Rubus chamaemorus), native to alpine and arctic tundra and boreal forest. It produces red edible fruits similar to those of raspberry or blackberry we have here. According to Wikipedia, "unlike most Rubus species, the cloudberry is dioecious, and fruit production by a female plant requires pollination from a male plant." 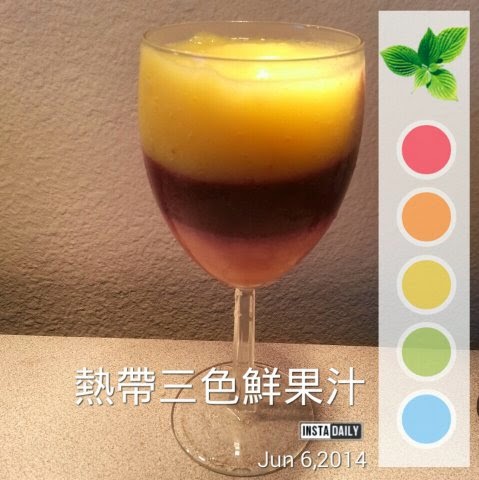 What else can beat the summer heat better than a glass of tropical triple fruit smoothie? The bottom layer was blended with strawberry and banana using coconut water; a mix of avocado and blueberry was in the middle; while the top layer consists of mango and banana. I would try to substitute blueberry with cloudberry once I could find the supply.
Posted by twimbk at 11:58 PM