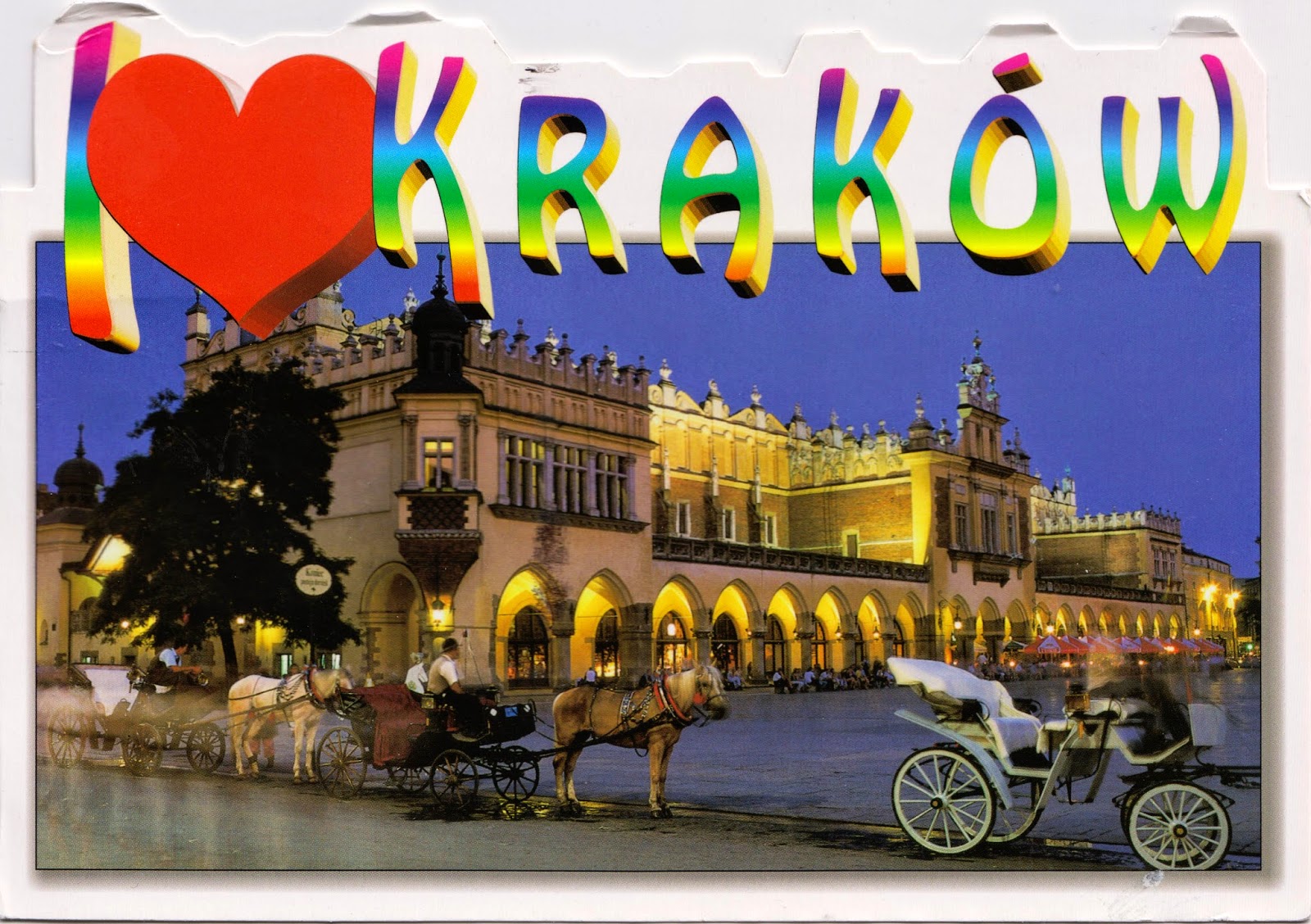 Postcard PL-1034007 was a shaped card showing the Renaissance Cloth Hall at the Main Square in the Old Town of Kraków, Poland.

Located on the Vistula River, Kraków is the second largest and one of the oldest cities in Poland, dating back to the 7th century. Historically an early trade center and once the capital of Poland from 1038 to 1569, it is one of the most important Polish academic, cultural, and artistic centers and  economic hubs, with 8 million people living within 100 kilometers or 62 miles of the city center.

At 40,000 square meters or 430,000 square feet, its Main Square is the largest medieval town square in Europe, also one of the best public spaces in Europe due to its lively street life, surrounded by historic townhouses, palaces and churches. Rebuilt in 1555 in the Renaissance style, the Cloth Hall is the dominated feature of the Main Square as one of the city's most recognizable icons. Once a meeting place for traveling merchants who met there to discuss business and to barter, the Cloth Hall is still used as a center of commerce. As a culture venue, it has received many distinguished guests and dignitaries, hosted receptions and performances, and housed the Sukiennice Museum division of the National Museum on its upper floor.

The Kraków Old Town was recognized as a UNESCO World Heritage Site in 1978.
Posted by twimbk at 11:52 PM