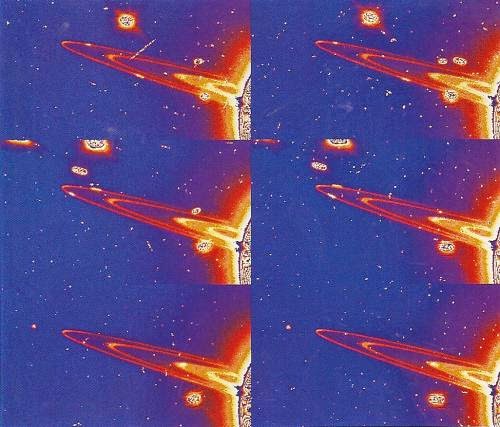 Saturn is the sixth planet from the Sun and the second largest planet in the Solar System, after Jupiter. In 1980 and 1981, the Voyager space probes flew by Saturn and measured a day on Saturn as 10 hours and 39 minutes. They also returned the first high resolution images, which revealed a persisting hexagonal wave pattern around the north polar vortex in the atmosphere among other discoveries. The Cassini–Huygens spacecraft arrived in 2004, found the days a little bit longer at 10 hours and 47 minutes. However, a team of planetary scientists at Tel Aviv University in Israel recently reported in Nature that the spin period is 10 hours and 32 minutes and 45 seconds plus or minus 46 seconds for Saturn when the spin was deduced from its gravity field. Their model removed the distortion of the previously measured gravity field that caused the equator of Saturn bulging outward due to Saturn's fast rotations.

Unrelated, NASA is planning a mission to Saturn to explore one of its 61 moons known as Titan. Titan, twice the size of the Earth's moon, is the only moon of Saturn that has an atmosphere. Because the majority of the moon is dominated by methane and ethane lakes in liquid form,  NASA has designed a new submarine that can be operated at -290°F or -179°C  to study the Kraken Mare, the biggest sea on what is Saturn’s biggest moon, at a maximum speed of  2 miles or 3.2 km per hour for a duration of three months.