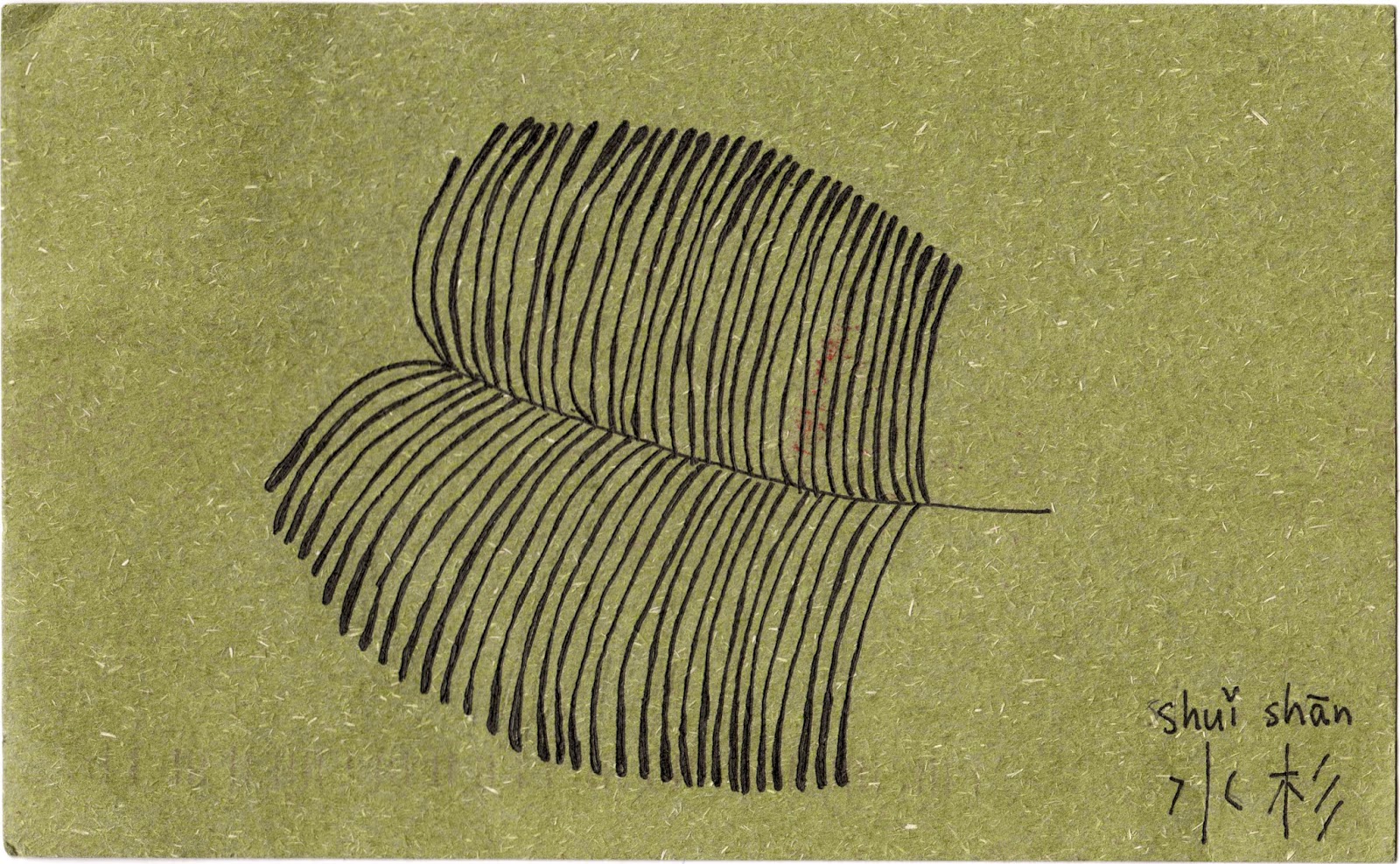 Postcard CN-1290114 from China shows a hand-drawing leaf of the dawn redwood (水杉), a fast-growing, endangered coniferous tree. Metasequoia glyptostroboides, is the sole living species of the genus Metasequoia, one of three species in the subfamily Sequoioideae.

First discovered in 1941, it is native to the Sichuan–Hubei region of China. Currently, the largest dawn redwood forest consists of only 5,000 - 6,000 trees in its natural habitat, while a number of smaller groups have less than 30 trees each. It is listed as endangered and known as a "living fossil".

In 1995, the Crescent Ridge Dawn Redwoods Preserve was established in North Carolina with a goal of panting up to 5,000 dawn redwood trees in the wild. Currently, with more than 200 trees thriving, it remains the only Eastern redwood forest in America, and the sole wild dawn redwood forest outside of China.
Posted by twimbk at 10:47 PM