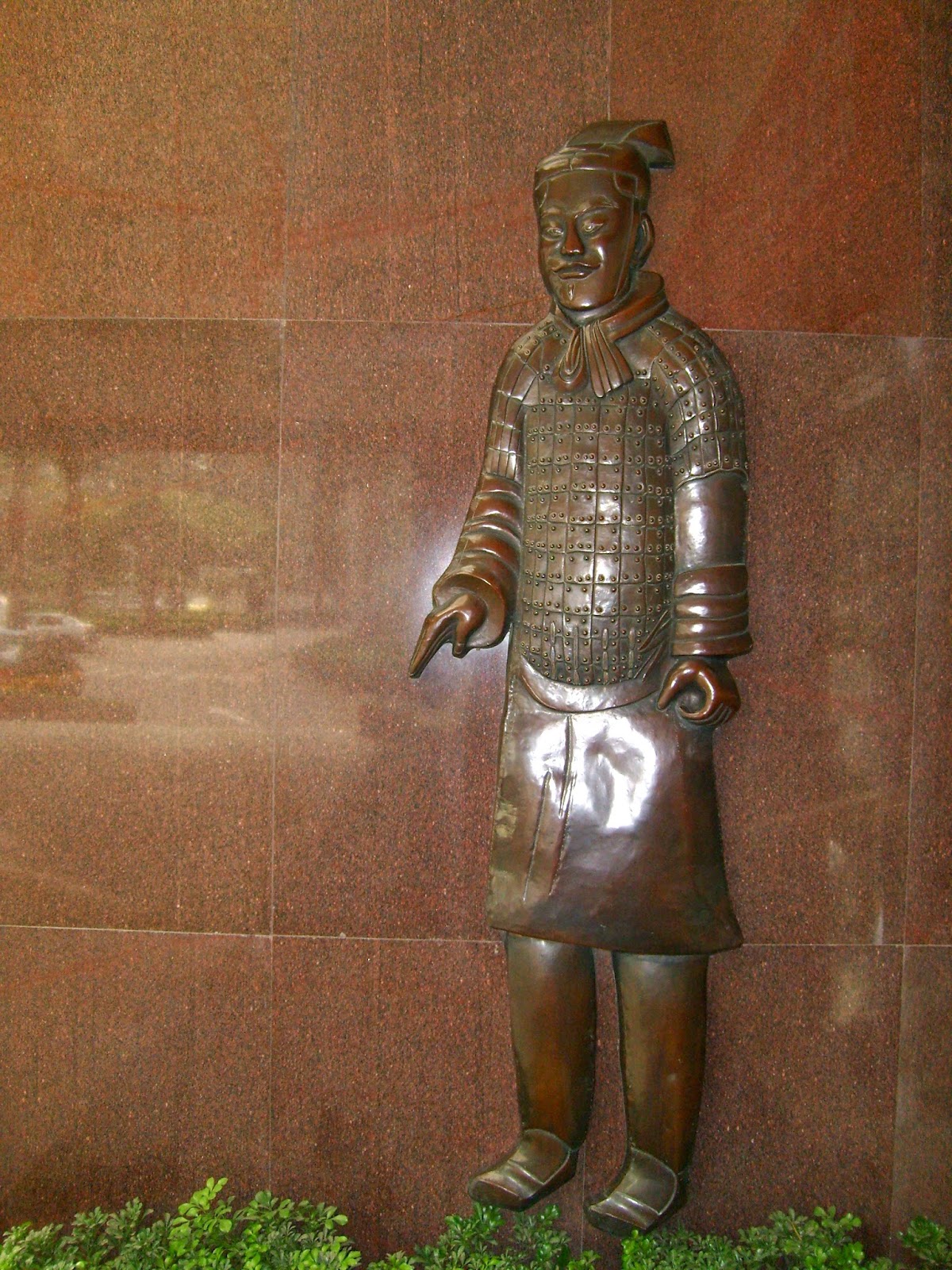 Postcard US-2663925 to Germany shows a warrior replica of the Terra-Cotta Army embedded on the wall at the Beijing Friendship Hotel where I stayed in 2007. The "Terra-Cotta Warriors and Horses", is a collection of life-size clay sculptures of the armies of Qin Shi Huang, the first Emperor of China, in a form of funerary art buried along with the emperor in 210–209 BC for the purpose of protecting the emperor in his afterlife.

During her second leg of the multi-day tour in China, Michelle Obama got to see the authentic Terra-Cotta Army up close and personal in the ancient city Xi'an on Monday, March 24, 2014. Few of the museum’s five million annual visitors got to look direct into their steely faces, as the first lady did when she was invited down to the pits where as many as 6,000 warriors lined up in battle formations.