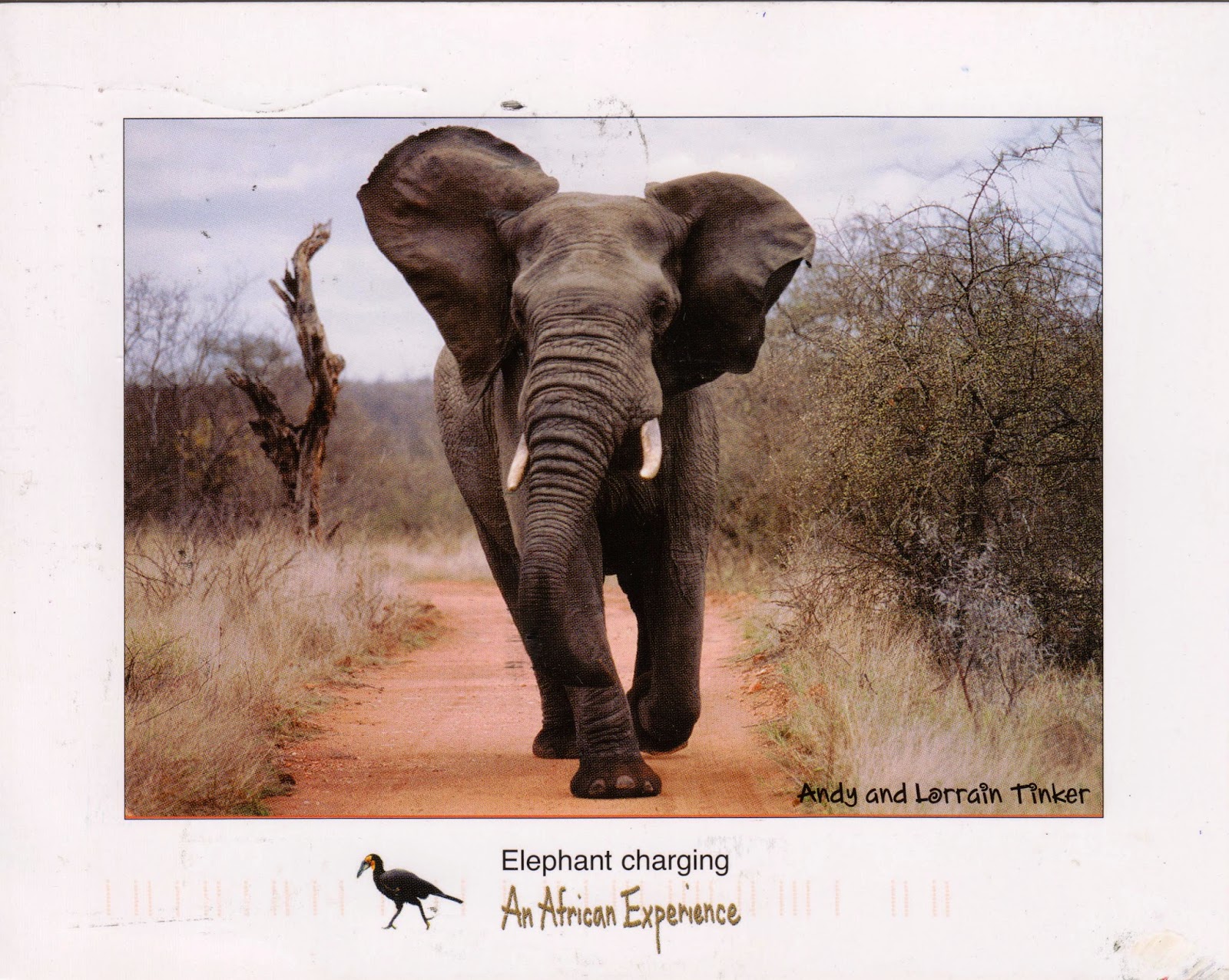 Postcard ZA-38095 from South Africa shows an elephant charging towards the camera. On the back of the card, the description reads: "Elephants are potentially dangerous animals if provoked or threatened. They do sometimes charge cars, although most charges are only mock charges intended to scare off the offender." Indeed, a bull elephant was reported to flip over a car occupied by a pair of British tourists in in the Kruger National Park on December 30, 2013.


The park manager advised visitors that the best way to avoid injury in the national park was to keep a safe distance from these big animals. And the worst of it is that when incidents like this happened, the animal got killed.
Posted by twimbk at 11:06 PM