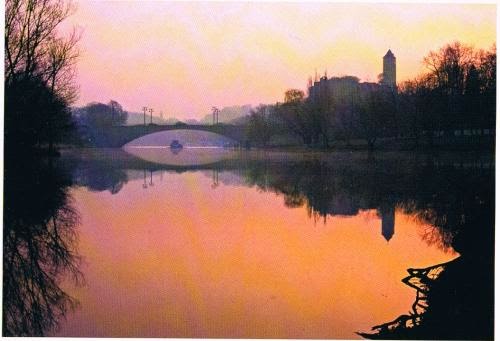 Postcard DE-3903996 from Germany shows Giebichenstein Castle and the Giebichensteinbrücke bridge in Halle (Saale), an economic and educational center in eastern Germany, located in the southern Saxony-Anhalt state.

Giebichenstein Castle, seen on the right on the postcard, was a royal residence of Otto I, Holy Roman Emperor in the 9th century. It is used by the Kunsthochschule Halle (Academy of Arts) of the Burg Giebichenstein Art School.

On February 13, 1990, an agreement was announced on a two-stage plan to reunite Germany.
Posted by twimbk at 5:00 PM