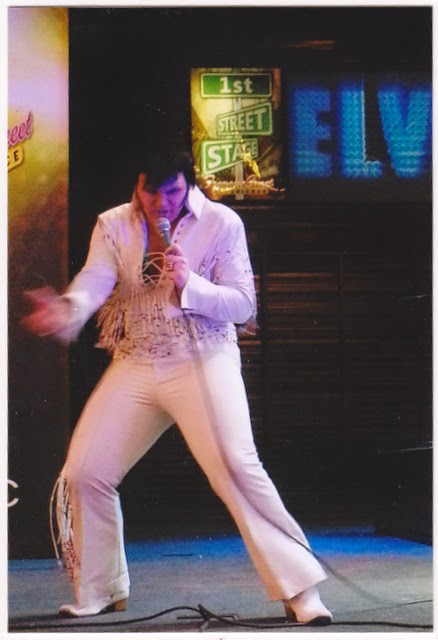 Postcard US-2738789 to Germany shows Tyler James performing as an Elvis impersonator on the 1st Street Stage at the Fremont Street Experience. Tyler James, once working at Walmart in Arkansas, is the official Elvis for the Downtown Las Vegas.

You can join his fan club on Facebook. His incoming performances in April, 2014 are scheduled as: